Working Out in the Open with Microsoft Teams

One of the many interesting ideas sparked by using a collaboration tool like Microsoft Teams is the idea of “working out in the open”. That’s how the Modern Workplace team at Microsoft is describing the Teams experience.

The concept is that – in this modern era – we are no longer performing a single unrelated task or creating a document that doesn’t tie back to a team, process, or project. So, why not work out in the open? This concept of letting the team know what you’re working on has the potential to drive collaboration and innovation and improve the result.

What Does That Mean?

If you’re working on a file that will eventually live in a shared area, start the file there and post it to the channel. You don’t need to directly engage anyone or even ask for feedback in the beginning. Just let people know what you’re working on.

If you’re meeting with one or two team members about a specific topic (or channel), instead of scheduling a separate meeting, create a channel meeting. Team members may see the icon (indicating a channel meeting is in progress) and join the meeting to listen in or provide value.

What If I Don’t Want Feedback?

It’s a mindset shift to bypass the desktop or OneDrive and save directly to the Team. It’s also an exercise in trust. When you start a file, you might not have your ideas fully formed and don’t really want feedback. But that might be a good time to get the feedback. It might either validate that you’re on the right track, or it will prevent you from heading down the wrong path and creating create something the team has already done for another project.

What’s In It for Me?

Recently, we’ve been heavily team-focused (small “t”) where we are looking for opportunities to think collectively about a problem to enhance our solution. Working out in the open aligns with that strategy and invites feedback, even if we didn’t ask for it directly.

If team members are monitoring the channel and are curious about the file, they might peek. I know I do (because I am curious), and I want to see what people are up to and if I can help or offer suggestions. Others might have insights or experiences I don’t have, or (even better) they catch my spelling and grammar mistakes before the file gets published.

Is This Style of Working Practical for our Team?

I asked Microsoft’s Modern Workplace team, “Are we just wasting time by letting everyone know what we’re working on and allowing people to join meetings when they weren’t core to the agenda or subject matter?”

They answered, “Why would you want to stop innovation?”

Then they asked if we’re measuring success by tracking outcomes and results or 15-minute increments on timecards. Of course, that’s all great in theory and maybe even for our clients who might not have to report their time to the nth degree. But, for our team, we might need to take a step back and think about the impact as billable consultants.

Does This Remind You of Anything?

This harkens back to open office concept that has been widely adopted in the last few decades. The intended goal for removing cubicle walls and having colleagues sit shoulder to shoulder was to encourage innovation, creativity and collaboration.

However, researchers found that open offices had the opposite effect. To combat the noise, people donned their noise-canceling headphones. And instead of turning to ask someone a question, they would email or IM. The study also found people were less productive and the quality of their work decreased.

Are We Doomed to Repeat Our Mistakes?

There are some key advantages to working openly as a team or subset of a team within a project. In theory, having visibility into what our team members are working on should help us drive collaboration and build a feedback loop – which would make us work more effectively and efficiently as a cohesive, trusting team.

But, if taken to the extreme, it could have the opposite effect.

We still must control the noise (via alert settings, hiding channels, etc.), and we still need to unplug when we’re on a deadline or need to focus (turn off or ignore toast popups and alerts).

What Can Have the Most Impact?

To successfully work out in the open, you need more than a tool. You need a team that trusts each other, works well together, and can quickly pivot to drive results. 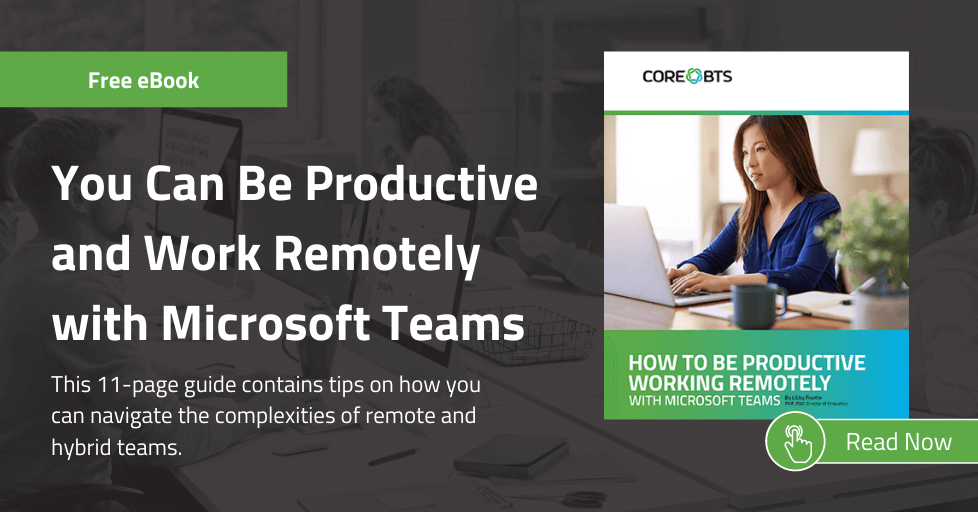 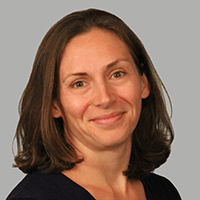 Libby is a Director of Innovation on Core BTS's Cloud and Modern Work practice. She helps clients navigate the technical complexities of this digital world with the ultimate goal of turning their business needs into simple, yet impactful, solutions that take them further down the road of digital transformation.