In my previous blog on this topic, we walked through some of the pros and cons of IT-Managed analytics. In this one, we are looking at the Self-Service analytics option where we allow shadow IT or business users to start taking ownership of some pieces of the work. This solves some businesses needs while creating other challenges.

Where Does Self-Service Begin?

For us to agree on whether Self-Service works or not, we need to agree on the handoff point where Self-Service begins. For many organizations, a Self-Service model that works effectively still has IT-Managed architectural layers (source systems, data warehouses and/or data lakes) and only turns over Self-Service capabilities to the user at the level of Power BI or data visualization.

There might be a highly curated IT model, and the business users can then access that data model to create their own visualizations and do some of their own analysis. In some cases, though, that still has some of the same challenges as a pure IT-Managed solution. Business users still need to wait for an IT team to walk through developing the processes (ETL processes in many cases) to move data from the source system into a model that Power BI can easily access. Because of that delay, some organizations may handoff at an earlier point and say, “Not only do we allow users to build data visualizations and Power BI, but we’re going to allow them to do their own modeling against the data warehouse and potentially develop their own analytical models on which the visualizations are built.”

We can continue that same mindset where we move access and capabilities into the Self-Service space and give users earlier access into this process. We might not even require users to access data from our data warehouse; we may allow them to go all the way back into a data lake. That data lake may not have that same rich semantic layer or well-defined model. Instead, we’re really giving them access to some initially prepared data that’s been harvested and collected from the various source systems.

We may even go all the way back and allow users to have direct access to source systems. Ultimately, we can allow Self-Service to take on any or all the roles and processes that were performed by IT.

One of the outcomes of that movement is that, even though we can provide different access points, the tools that are generally utilized in a Self-Service model aren’t the same as what’s leveraged by IT.

Some of the components that might have been incorporated into an IT-curated layer (like Azure Data Lake Storage Gen2, On-Prem SQL Data Warehouse, etc.) most likely will not be leveraged in a Self-Service architecture. All those various architectural layers that might’ve had a well-defined role or function in an IT-Managed solution are compressed into a one-step process within a Self-Service tool.

Power BI can directly tap into a source system, a data lake, or even a data warehouse (whatever layer users have access to). Then, within Power BI, they can build a data model and data visualizations. Although Power BI certainly has those capabilities, there can be some downsides when you compress well-defined architectural layers into a one-step Self-Service pipeline.

Like almost any solution, Self-Service analytics has pros and cons.

Ability to Scale Out
The real benefit that we accomplish with Self-Service that’s difficult to achieve with IT-Managed is that ability to scale out across business units. If we allow the business units to have more direct access to the data, then we can scale out at the same rate as the business demand grows.

Direct Stakeholder Ownership
Self-Service also allows those business areas to have direct stakeholder ownership. Ultimately, if stakeholders think that reporting on something is a priority, they can have direct ownership by dedicating resources to accomplish that.

Innovation Within Business Areas
With Self-Service, business areas have a greater ability to innovate around the areas of the data they want to explore and the insights they want to get.

However, Self-Service obviously comes with its own set of challenges.

Redundancy
Both a pro and a con of IT-Managed is that its single source can identify overlapping requests and handle them in a meaningful way, potentially incurring a delay in the process. In the Self-Service world, we can remove the delay, but we see a lot more redundancy. A lot of business units may have similar or overlapping desires for data, and each of those individual areas will do their own implementation of modeling and reporting on that data.

Accuracy
All those best practices and architectural layer roles that IT has developed over the last few decades serve a purpose. Although Self-Service can give us some shortcuts, this often means that some important processes are skipped or missed. That may not be critical for doing analysis at a high level, but there is a potential to lose a certain amount of accuracy. Users may be more prone to making mistakes in how they define those calculations or address data quality issues.

Skillset
Even if from a latency perspective we want to give users access earlier in the process (for example, direct access to a data lake), that doesn’t automatically give those users the skillset they need to work with the data in the data lake. Some data concepts are complex because the problem is inherently challenging. We need to make sure the point at which we handoff to Self-Service aligns with the skillset that those Self-Service users possess.

Investment
I’ve seen some organizations approach Self-Service to reduce IT costs by having some of that demand fulfilled directly by the business. The reality is there still needs to be an IT investment to support Self-Service. Those users still need training. They need guidance on the right process(es) to use, and they need support when they face issues while developing content. All of that requires IT investment.

Keys to Winning with Self-Service

So, what can we can do on the Self-Service side to make sure we’re being successful?

Training
Even though Self-Service is about eventually enabling users to create content, they still need a good foundation to build on. That is provided by formalized training where you can communicate some of those best practices, offer guidance around the processes to be used, and provide support when users encounter specific issues. For example, users need to understand how to not bring down a source system by importing complete sets of data frequently. Understanding the impacts of some of those actions is key.

Tolerance
From an organizational perspective, if you’re agreeing to embrace Self-Service, then you are agreeing to make some compromises on accuracy in certain areas. The goal is to be good enough to make business decisions, but Self-Service data can’t be held to the same standard that IT-Managed data is. The IT-Managed standard requires extensive effort to create a single source of truth. Self-Service isn’t a magic wand that lets you skip time developing those processes but delivers the same quality of data. There is some sacrifice in quality. That doesn’t mean the data is bad; it means the goal is that the data be good enough, not perfect.

Safety Net
Even after your Self-Service team is well-trained and following your best practices, there’s still going to be times where issues arise. There needs to be a safety net where IT can support that team, identify things like a query or an extract that’s bringing down the system, and be able to work with users to address those issues.

Community of Excellence
Finally, you want to establish a support mechanism within the Self-Service community. That might mean establishing a Community of Excellence within a SharePoint site or Microsoft Teams channel. Whatever communication and collaboration tool you use, you want to enable your Self-Service community to share tips, best practices, and lessons learned to start being self-sufficient.

In this blog and the previous one, we talked about benefits to IT-Managed analytics and benefits to Self-Service analytics. In the end, I think that it isn’t an “either/or” decision; I think it’s an “and”. The best solution for an organization is often a combination of IT-Managed and Self-Service. We will explore this topic more in the next blog of the series.

[The following is an excerpt from a 57-minute long webinar on Zero Trust you can watch on-demand here.] Zero Trust...
Read More 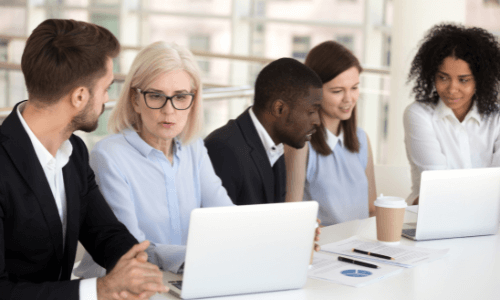 This month we noticed several new Microsoft Teams enhancements designed to ensure a better user experience. In this update, we...
Read More 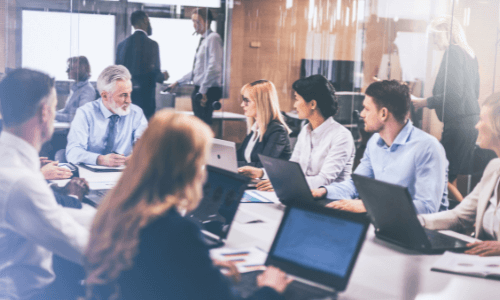 Prepare Your Company for the Future with Network Automation

Throughout my many years working in the IT space, I have planned and executed more network installations and upgrades than...
Read More
X