In late August, Microsoft announced some sweeping licensing changes that may positively impact their customers. Below, we will talk about three of the most important changes you can expect to see when they are scheduled to take effect on October 1, 2022.

We have waited a long time for Microsoft to allow partners to license Windows VMs instead of licensing hosts. While it may not seem like a big deal, it is, and this client scenario explains why: At Core BTS, we recently spoke with a client who had built out a massive VM cluster that only had 100 VMs. They had built their datacenter to last them for years, but currently it’s like a size 10 shoe for a size 8 foot – there’s room to grow.

Unfortunately for this client, the cost of Windows Datacenter licenses was very high relative to the number of VMs they had. Using Standard licensing was untenable because the VMs were spread across too many large hosts. As their licensing advisor, we knew this meant we would have to work with their existing datacenter – but it would have meant a six-figure bill for five figures of value.

Eventually, once all those hosts are filled with new VMs, the value will be excellent. For now, if this new option rolls out like we think, this client will only have to license the virtual cores used by those 100 VMs – which would be a fraction of the cost of their datacenter operating on several large hosts. Over time, the client may scale up to use the full extent of their datacenter. Until this Microsoft change, the only logical action was to create affinity rules to pin the 100 VMs on a few hosts – which defeats the purpose of the big datacenter. Now, with this new licensing change, they will have a new and better choice that will allow them to scale this up properly.

We are thrilled with this update, and this real-world use case illustrates why: Recently, we were helping a client figure out how to license frontline workers with M365 F3. The problem was they had too many thin clients in the environment, and M365 F3 only allows you to access an Azure Virtual Desktop (they were running Windows desktops in their own Citrix environment). This client was going to need thousands of dollars’ worth of VDA subscriptions – but not anymore.

Starting October 1st, customers like them no longer need a VDA subscription to access a virtual desktop from a thin client (or Chromebook), provided that they are licensed for Windows – which M365 F3, M365 E3, and M365 E5 users are. This is a big change, and we applaud Microsoft’s willingness to give customers more choices and less additive costs. We hope Microsoft extends this to M365 Business Premium so SMB customers can also benefit from this change.

This is good news for licensing customers because it means there will be more monthly, 1-year, and 3-year offers available for CSP subscriptions like RDS CALs, SQL Server, and Windows Server. This will include – for the first time ever – the ability to purchase Windows Datacenter subscriptions under CSP. We are very glad that Microsoft finally decided to do this as we’ve been asking for it on behalf of our customers for a long time.

Maximizing your investment in Microsoft can be challenging and time-consuming. That’s why we created COMPASS: a comprehensive assessment to help clients work through the complexities of licensing to ensure they can meet their business goals. To see how COMPASS can help you get the most from your Microsoft licensing options, contact us today.

As the Director of Licensing at Core BTS, Lane helps clients navigate the complexity and ever-changing world of Microsoft licensing so they can get more value from their investment. 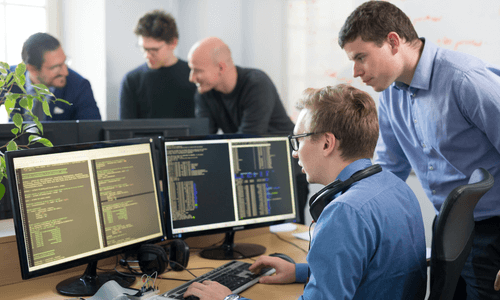 Application Modernization can feel like one of those buzzwords that’s loaded with implications. We create these terms to simplify complex...
Read More

It can be difficult to know where to start with your legacy system modernization. Do you need a complete, ground-up...
Read More
X