Prepare Your Company for the Future with Network Automation

Throughout my many years working in the IT space, I have planned and executed more network installations and upgrades than can be counted. Despite the best laid plans, issues can and will arise and are usually attributed, in some capacity, to human error.

From configuration issues to simply “fat-fingering” a command or two, the possibilities for mistakes are endless. Thankfully, humans are intelligent, so eventually the installation issues are worked out and a successful solution is put in place.

Despite a successful resolution, there are always questions that should be asked to help reduce these issues and their impact on the business in the future:

That “better way” does exist and often comes in the form of network automation.

What is Network Automation?

Why Automate Your Network?

According to Cisco, the biggest issues facing network managers are the ever-increasing costs of network operations, the surge in managed devices, and the exponential growth in data. With up to 95% of network changes being done manually, IT departments are falling behind the lines of business.

What Are the Benefits of Network Automation?

There are many benefits of implementing network automation and include:

In a 2020 white paper on the economic benefits of network automation, ACG Research found the following:

How Can Core BTS Help You Along the Path to Network Automation?

As part of your path to network automation, Core BTS’ may recommend implementing Cisco DNA Center (DNAC). When fully deployed, DNAC provides an easy and smooth provisioning process for both local and remote data centers by offering the ability to do zero-touch provisioning (ZTP). With just a few clicks, an out-of-the-box device can be quickly and completely connected to the network. Following the connection, DNAC automatically pushes a complete configuration (including IOS updates) and is production-ready in minutes using Cisco’s best practices. Finally, DNAC offers Assurance to help your operations team monitor, troubleshoot, and resolve both user and network issues in a fraction of the time.

At Core BTS, we can meet with you to discuss ROI specific to your company. We can show how an investment in network automation can help you reduce operational costs, reduce staff workload to allow better focus on key business objectives, and provide consistently higher quality outputs for your organization.

Contact us today to start the conversation about implementing network automation at your company.

Matt Rhoads is the Director of Services of Core BTS’ Enterprise Networking team. With numerous Cisco certifications, an MBA, and 25+ years of experience in IT and business delivery and operations, he specializes in helping companies strategize and operate more efficiently using current industry best practices.

It can be difficult to know where to start with your legacy system modernization. Do you need a complete, ground-up...
Read More 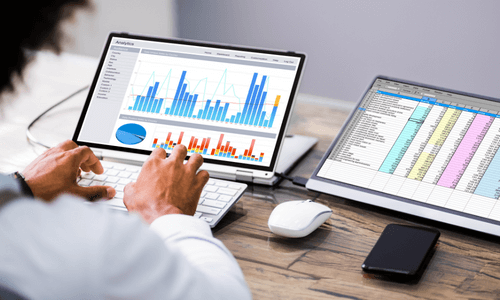 How to Jumpstart Your Data Modernization Journey

Most organizations want to transform and modernize their data but don’t know where to start. After helping many organizations successfully...
Read More
X